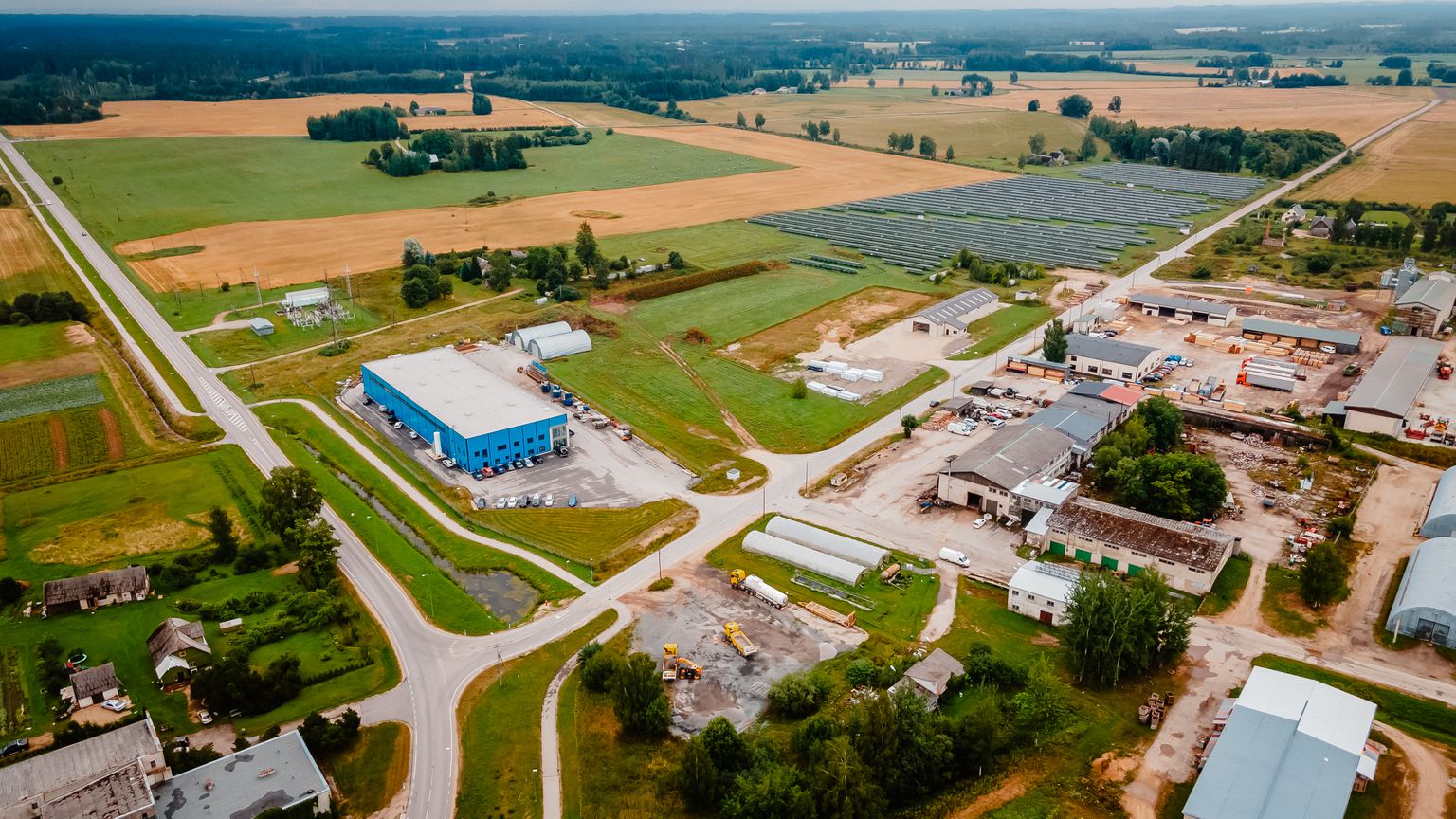 Antsla is located near Võru, Valga and Otepää – the connection to all three cities is very good. According to the Assistant Mayor of Antsla, the municipality already has the experience of creating a successful industrial area, where a metal manufacturer Baltic Steelarc and timber producer MPPuit are currently operating. As a result, about 30 new jobs have been created. Many other companies operate in the neighborhood, including Antsla Inno, which is the biggest manufacturing company in the region with 200 employees.

The local municipality has acquired the new industrial area from the state and new communication lines will be built with funds from the EU. The line network connections include electricity (capacity to be announced), sewerage, and fast internet. Currently, a detailed project report is being made for the new area, which is supposed to be validated in the first half of next year. 11 hectares of land has not been parceled out yet. “Our purpose is to be as accommodating and approachable as possible to the new entrepreneurs who want to come here. If a company wants to take up the whole lot, then we will not parcel it. We can also consider the new residents’ requests in the detailed project report”, says Müürsepp.

The municipality would prefer entrepreneurs who create jobs, however there are no limits to the field of activity of the companies, aside from solar parks. The questions arises – does Antsla have enough employees for future companies? According to Müürsepp, there are already many industrial companies operating in Antsla and they have enough people to work for the new companies. “The local people are very mobile, the daily commute can be up to 60km. If the people are well-paid, finding employees should not be a problem. However, some people are afraid of the misconception that rural people only get paid the minimum salary”, says Müürsepp.

Companies are given building rights

The future industrial area currently belongs to the local municipality but building rights can be sold with a reasonable price if there is an interested entrepreneur. There is also the condition that if the company starts the construction within the prearranged time, they have the option to purchase the given land. “This makes it easier for the companies to make deals with the banks and also rules out a situation, where somebody just buys the land and does not use it”, explained Müürsepp. “The local municipality is ready to start negotiations with potential prospects and consider their special requests.”

Cooperation with the local municipality is going well

The metal manufacturer Baltic Steelarc built an industrial building on the Kobela area a few years ago. The company focuses on metal works and offers different type of steel and aluminum processing services, including CAD design.

Vjatšeslav Andritski, the board member of Steelarc says that the municipality has been very cooperative – they have helped the company overcome various challenges and allowed Steelarc to purchase the land they used to rent. “In return, we provide jobs for 44 people, of which most are locals from Antsla.”